If you enjoy playing MTTs but like to keep the buy-in cost in check, Mondays are the day to play online poker at America’s Cardroom. But a low buy-in doesn’t mean you can’t score big! You can literally parlay a few dollars into hundreds through these low stakes tourneys.

With start times beginning at 2 PM Eastern, there are five MTTs with very low buy-ins each Monday at America’s Cardroom. The last of the five MTTs starts at 10:05 PM Eastern.

It’s been more and more difficult in the past years to find a good, reputable online poker room that accepts players from the United States.

I’ve just completed a month-long audit of a dozen online poker sites that accept players from the United States. Here are the best online poker sites based on ease of depositing, games offered, the software itself, customer support, ease of payout, and payout fees.

As always, please check all relevant laws and regulations in your area before playing online poker for real money.

In addition to the standard prize pool paid out to the top finishers, you can easily make back the entry fee in bounties. Each player has a $1 bounty on their head — knock them out, collect the bounty!

Bounty tournaments always generate a LOT of action, especially when each bounty is over 25% of the buy-in. Look to set even more all-in traps than usual, since players are likely to be aggressively trying to collect your bounty. Of course, be on the lookout for traps from others as well. 🙂

When you gamble online and win, there are few affordable and convenient means of getting paid. Until now, that is…

Intertops Casino, Poker Room, and Sportsbook has recently deployed CardPay as a payout method. CardPay pays your winnings to a credit card that you had previously used to make a deposit. There is a small $9 fee per transaction, and it can be used to process payouts of between $100 and $5000. The payout takes between 3 – 7 business days after your payout has been approved by Intertops.

You’ll be hard-pressed to find a more affordable or convenient payout method at any online gambling site.

If you don’t already have an account at Intertops Casino, Poker, and Sportsbook, you really should sign up. Play at the casino, in the poker room, and place your sports bets all from a single account.

Here are the current bonuses that Intertops is offering its new players.

America’s Cardroom accepts players from most US states, and from most countries around the world.

ACR jump starts every player with an incredible 100% first deposit bonus up to $1,000!  As a new member you’re not only entitled to earn extra cash via our monthly progressive rake race The Beast or numerous other promotions, but you release bonus cash matched by ACR with every hand you play!

Your first deposit is earning big returns on all fronts!  Not only will you be getting promotional cash pay outs and tournament tickets from The Beast along with extra points towards your Elite Benefits Rank, you’ll also receive a 100% return on your initial investment as you release the cash on ACR’s easy to clear bonus.  It really is as good as it gets.

To take advantage of this great offer, simply make your first deposit and play. 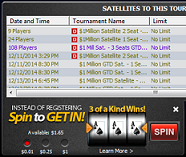 Years ago, online poker freerolls were very common. Not so much these days.

But Juicy Stakes Poker is bucking that trend. They have daily freerolls at 4:30 PM, 6:30 PM, and 8:30 EST, with the top 15 finishers awarded a ticket to a cash prize tournament held later that day, or on the upcoming weekend. And, unlike at other online poker sites, these freerolls are open to all registered players — no deposit needed.

Juicy Stakes Poker is open to most players from around the world, including poker players in the United States.

Should you decide to make a deposit, you will get a 200% First Deposit Bonus up to $1000. After you have made your deposit, click the Bonus Code button, enter 1000JUICY and click the Redeem Bonus button. You’ll have 90 days from the date of your deposit to clear the bonus, and the bonus is paid out in $5 increments based on the Frequent Player Points that you earn in ring games and from buying into tournaments. 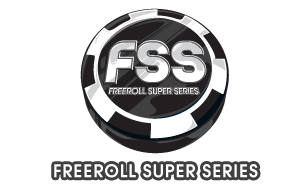 There are only two more chances left to freeroll your way into the Punta Cana Poker Classic at Americas Cardroom, a premier destination for online poker players from around the world. In order to qualify for the September 15 2012 Grand Finale, you’ll need to place in top 500 of all players from the monthly freerolls. There are only two monthly freerolls remaining — held on the first Saturday in August and September.

Americas Cardroom is a US-friendly online poker room that accepts players from all US states except the Commonwealth of Kentucky, the State of Maryland, and Washington State. It is one of the very few 5-star rated online poker sites at The Online Casino Gambling Directory; new depositors get a 100% bonus on initial deposits between $50 and $1000!

During the month of July, Intertops Poker is giving you 4 FPP races with a total value of $25,000 in real cash prizes! Each week there will be a race worth $6,250. Finish in the top 100 Frequent Player Point earners and you will win a share of the money that week.

All times are GMT.

All Frequent Player Points collected during the individual periods will count towards that week’s leaderboard.

At Intertops Poker, the top 100 FPP-earners during each period will win a share of $6,250.