For once, online gamblers have some good news from the United States Department of Justice.

Essentially, the DOJ has clarified that the Wire Act of 1961 applies to wagers placed on ‘a sporting event or contest’ only; it would not, according to the ruling, apply to the selling of ‘lottery tickets online to in-state adults’. While few online gamblers want to buy lottery tickets online, the principles that the DOJ cited in this ruling are equally applicable to in-state online poker, and should help rapidly move several states toward online poker regulation.

Ready to give online poker a try? Here are some great options.

Bodog Poker
110% bonus on initial deposits between $20 and $1000!
No-download version available!
Create an account and download Bodog Poker for free with our Getting Started Guide. Play free online poker on our play money tables or head straight to the real money tables and earn Bodog Poker Points.
Languages:

Cake Poker
110% bonus on initial deposits between $25 and $545!
At CakePoker we have developed our own innovative and industry leading software to provide our players with an enhanced and enjoyable poker experience. We have brought our players several new features that are unique to the online poker world.
Languages:

Americas Cardroom
100% bonus on initial deposits between $25 and $1000!
America’s Cardroom is one of the fastest growing, friendliest online poker communities in the world. It offers both real and play money games in which its customer base can enjoy the excitement of a poker game from the comfort of their home.
Languages:

As reported in yesterday’s The Wall Street Journal, the House Financial Services Committee voted 41-22 to approve legislation that would regulate many forms of online gambling, including poker and bingo, while specifically banning betting on major US sports leagues like the MLB, NFL, NBA, and others.

Other news articles point out that the legislation also would deny licenses to any online site that has allowed, or currently does allow, US players to gamble online. Looking ahead, this would appear to effect PokerStars, FullTilt, and other online poker rooms that have continued to serve US players despite the UIGEA of 2006.

Other key elements of the legislation include player loss limits, rigorous age verification systems and frequent testing thereof, and allowing states to opt out of this legislation and ban its citizens from online gambling.

And the legislation that was passed does not cover how the industry is to be taxed — that’s covered in a separate bill that hasn’t made it out of the House Ways and Means Committee.

It is unlikely that this legislation will be voted on before the current Congressional Session expires in September. The scheduling is simply too tight. If it is not voted on, the process will need to start again next session. Perhaps it will be attached to some other legislation, as was the UIGEA of 2006. Even so, if the legislation is approved, it still would need to be signed by Obama.

We are still years away from any comprehensive online gambling policy in the United States. Need proof? The UIGEA of 2006 took nearly 4 years before it actually went into effect this past June 1 — and there are still plenty of loopholes in that legislation that allow US players to fund and withdraw money from their online gambling accounts… or so I’ve heard. 😉

The Poker Player’s Alliance (PPA), the leading poker grassroots advocacy group with more than one million members nationwide, seeks to raise additional funds leading up to a crucial vote this summer on legislation to license and regulate online poker. On July 1, their goal is to raise $50K.

Please donate — even if it’s just a buck!

Online poker expected to get another look from Congress in 2010 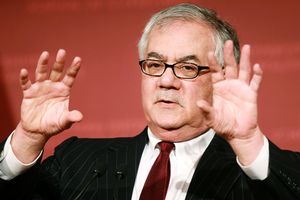